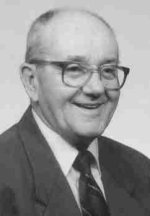 William J. Taylor, 84, of South Charleston passed away peacefully Tuesday morning, December 9, 2008 in his residence with his loving family by his side.

He graduated from Enon High School in 1943 and served in the United States Army during World War II in Europe. Willie was a member of the Ex POWs Chapter 10 and member of the inaugural Honor Flight that left Springfield, Ohio in May of 2005. He enjoyed family camping trips and traveling, which included a trip to Alaska. Mr. Taylor was a member of the square dance group Crawford Squares and retired from London Correctional Institution after 34 years of service. After retirement he worked at Simms Tires in London, Ohio and Crawford's Campground and Farm Market in South Vienna. He enjoyed working in his yard, garden, coaching little league baseball and was a 4-H advisor for many years.

He was preceded in death by his parents; wife of 46 years, Helen V. (Dingledine) Taylor in 1994; sister, Rosa Mae Waldron and two brothers, John L. and W. Lamar Taylor.

A gathering of family and friends will be held on Monday from 5-7:30 p.m. in the LITTLETON & RUE FUNERAL HOME with a memorial service beginning at 7:30 p.m.