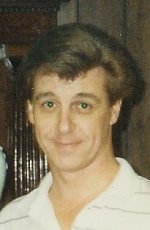 He was born on January 21, 1947 in Pleasant Hill, Tennessee the son of George Lee and Christine (Whittenberg) Thompson. He graduated from Southeastern High School in 1965 and then attended two years at Tennessee Tech University concentrating his studies on Engineering. He returned to Springfield to begin his career at International Harvester/Navistar. On September 16, 2008 he completed his fortieth year of service at International where he was employed. Jerry was an active member of the Knights of Pythias Ingomar 610 and was an avid bowler.

He is survived by his daughter and son-in-law, Shelly and Tim Hinshaw of Cable, brother and sister-in-law, Terry L. and Debbie J. Thompson of Springfield, former wife, Jacqueline Thompson of North Hampton, two nieces and one nephew.

He was preceded in death by his parents.

A gathering of family and friends will be held on Monday, September 29, 2008 from 4-8 p.m. in the LITTLETON & RUE FUNERAL HOME. Visitation will conclude with a Knights of Pythias Memorial Service.

Memorial contributions may be made to James Cancer Research Center or the American Cancer Society.