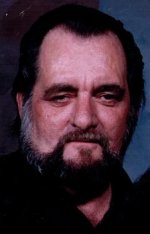 He was preceded in death by his father, a sister Edna Crossetti and a brother Gary Null.

Funeral services will be held at 11:00 AM Tuesday in the JONES-KENNEY-ZECHMAN FUNERAL HOME with Pastor Paul Hanrahan officiating. Friends may visit with the family for one hour prior to the services. Burial with Military Honors will follow in Rose Hill Burial Park.