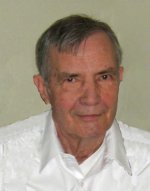 His earthly life began July 25, 1930 in Urbana as the son of Mahlon and Maude (Goodson) Neer. After graduating from Catawba High School in 1948, he served in the United States Air Force from 1950-1954. Mr. Neer graduated from the Ohio State University with a Bachelor of Science in Education in 1958 and began a twenty-six year teaching career in the Springfield City School System. Following his retirement from teaching, he took up a variety of jobs that included bookkeeping, military testing and substitute teaching. Over the years he enjoyed gardening, family camping, and several family reunions at Siesta Key in Florida. Harold was a member of Story-Hypes United Methodist Church.

He is survived by his wife Marilou (Schuttenberg) Neer with whom he celebrated forty-five years of marriage on July 14, 2008; one daughter and son-in-law Lisa K. and John S. Dilts of Fredericktown, Ohio; one son and daughter-in-law Stephen H. and Leah N. Neer of Chicago, Illinois; two brothers and sisters-in-law Richard and Betty Neer of Springfield, Ernest and Jane Neer of Richmond, Virginia; two sisters and a brother-in-law Shirley Denney of Springfield and Dorothy and Thomas Mc Donough of South Charleston; two grandchildren Nolan and Kara Dilts; numerous nieces and nephews.

He was preceded in death by his parents.

Memorial services will be held at 2:00pm on Sunday, August 31 in the RICHARDS, RAFF & DUNBAR MEMORIAL HOME with Rev. Orbie Estep, Jr. officiating. The family will receive visitors from 12:00 Noon-2:00 pm, prior to the service. Inurnment will be in McConkey Cemetery.

Memorial contributions may be made in Harold's name to Heartland Hospice of Dayton, 3131 S. Dixie Drive, Suite 208, Dayton, Ohio 45439, the Salvation Army, National Parkinson's Foundation or to the charity of your choice. The family wishes to express their appreciation for the compassionate care given to Harold by Forest Glen Health Campus and Heartland Hospice.